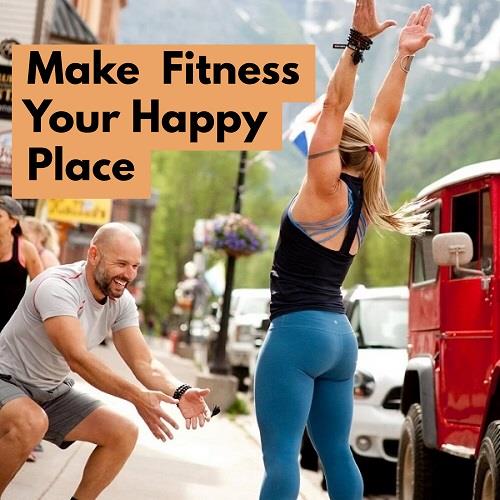 Forced exercise does not work.
The expectations, beliefs, and perceptions about exercise can ultimately promote – or possibly inhibit – its benefits.  Lessons from hotel maids, people wearing activity trackers, and even how you felt about gym class show us why.

Forced exercise does little to enhance brain function.  Exercise stimulates BDNF, which stimulates neurogenesis (creation of new brain cells) and improved learning and memory, but not if the exercise program is viewed as unpleasant.  An imposed exercise program is an extreme effort, is perceived as forced and aversive, and is rarely successful.  Exercising grudgingly because you know you should eliminates many of the brain benefits of exercise since that activity is perceived as a negative and stressful event.

In a study of 84 hotel maids—who claimed they never exercised, but spent their days on their feet cleaning rooms and pushing carts—were split into two groups; the “informed group” or the “non-informed group.”    The informed group were told that their work was exercise…just like being in a gym and was vigorous enough to meet government guidelines for activity.  One month later, the informed group showed statistically significant changes to numerous health measures. In the control group, however, there were no significant changes and none of the participants reported any change in eating habits or working hours.

An examination of questionnaires from over 60,000 people from two large U.S. government databases who estimated their activity levels, many of whom also wore accelerometers to gather data about their actual amount of physical activity showed that people who believed they were less active were significantly (71%) more likely to have died than people who believed they were more active, regardless of their actual activity levels.  Simply believing you are fit will not make you so, but there is clearly a correlation.

Further, researchers have found that how you feel about your gym class experiences when you were growing up can significantly affect how you feel about exercise and participation rates in adulthood.  “The vividness and emotionality of the reported worst memories underscores the necessity of fostering pleasure and enjoyment from human movement as a fundamental goal of PE,” the researchers concluded (2018 – ACSM Translational Journal)

What Can You Do About This?

I will show you how to change your emotional response to exercise.  Originally planned as a live workshop for the Manhattan Jewish Community Center, I am leading a series of Zoom workshops that anyone, anywhere in the world can attend.  You can attend one or all three.  The first one addresses this specific topic of how feelings and attitudes about exercise can affect outcomes.

You cannot change your body in a single workout, but you can change your mind.  You don’t have to love exercise, but you do need to at least get a crush on it for long-term success. Discover why negative emotional states when exercising limits the results from your efforts and how to elevate the emotional reaction you have to “exercise” so you are drawn to it, which makes it easier to stick with.

Then enjoy a workout which implements these ideas – you will do some movements that are familiar but in such a way that you will access powerful, positive emotions when you do them.

Attend any one of the workshops or all three and save.