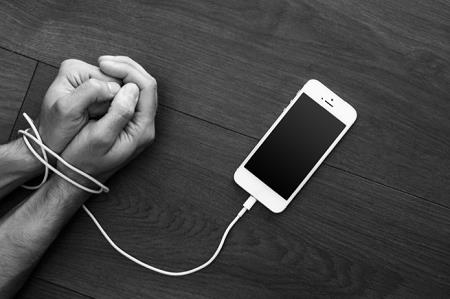 Taste has by far the most direct connection to your body’s reward system. It is hardwired to brain cells that respond to pleasure and prompts the strongest emotional response. Funtensity is about using our ever-growing understanding of the brain to live lives where what we enjoy is also what is good for us and what sustains us.

Dopamine drives desire through a survival-based capacity known as “attentional bias” (the exaggerated amount of attention paid to highly rewarding stimuli at the expense of other stimuli.)  When emotions amplify reward, the drive for reward becomes even harder to control.  This explains the drive toward comfort foods when stressed.

A study titled “Brain Dopamine and Obesity” by Nora Volkow at the Brookhaven National Laboratory showed that very obese people had lower levels of dopamine receptors in the reward areas of their brains than did people who were normal weight.  This is exactly what you find with alcohol and drug addicts.  The decreased dopamine activity drives overconsumption because there isn’t much reward derived from “normal” amounts.

You must keep upping the dose to get the “buzz.”

Interestingly, obese people may not start out with an underactive dopamine response, but an overactive one.  This is the initial “hook” that drives overconsumption to chase the “high.”  Then the dopamine response progressively lowers over time so that more is needed to get the same response.

Even worse, the visual triggers or other cues can further drive overconsumption.  Obese adolescent girls show less response in dopamine target areas than girls who are normal weight.  However, the heavier girls show a greater response to pictures of the shakes.  This means that they didn’t get as much reward from consuming the shake as they did from seeing it.  So the image of it drives the desire, but the real thing doesn’t satisfy as much.

But is it really addiction?

Addiction is a strong word – and one that is too frequently tossed around casually.  Yet one of the myths of addiction is that there is no choice involved. There is always choice.  It is admittedly harder the more addiction there is. But we are never powerless.

The Vietnam veterans who returned home addicted to heroin made headlines. However, the fact is, a great number of veterans who used heroin in Vietnam stopped using when they got home. They no longer needed the drug to escape the hell and horrors of war. Clearly, enough of them were able to choose not to use – making the idea that addiction removes choice a convenient little fiction many people tell themselves when they want to keep doing something they know they probably shouldn’t.

The relationship between mind and body becomes more powerful the more we learn about either of them.  The ability of one to influence the other cannot be underestimated as we seek to navigate an ever-changing world featuring foods and entertainment engineered to make us crave more of them by over-stimulating the pleasure centers of our brains and thwarting the body’s ability to self-regulate and override good judgment, wisdom, and responsibility when making choices.