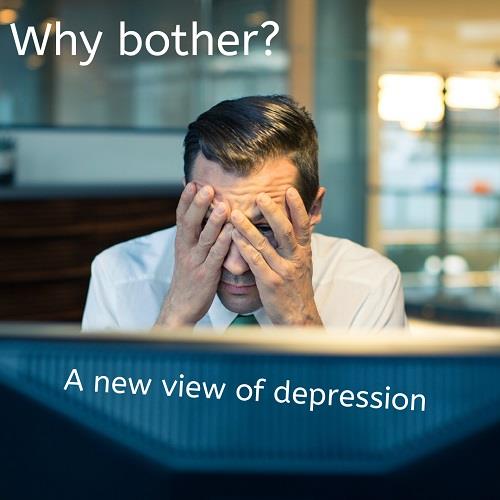 What’s the opposite of play?  Most people say “work.”  But this is not it.  The opposite of play in emotional terms is depression.  This is why one of the two big objectives in the Funtensity approach to fitness and life is to shift the immediate emotional response you have to the idea of what “exercise” is to a more positive one.  (The other being the long-term brain health benefits gained from specific types of exercise.)

The old – and now known to be incorrect – thinking on depression is that it is due to a neurotransmitter imbalance.  Emerging thinking on the origins of depression are that it is essentially a coping mechanism to deal with pain, disappointment, and loss.

In the article “The Shutdown Syndrome, ”Gregg Henriques lays out this in more detail. (Psychology Today, Sept-Oct 2019, pages 38-41)

From an evolutionary perspective, animal behavior can be thought of as the process of expending energy to control the environment in accordance with goals.  Many of our goals are grounded in deep motives that connect to survival and reproductive success – we strive for control of resources and territory, status and belonging, better food, and more appealing mates.

However, the behavioral investment needed to acquire and maintain such resources is expensive.  It costs energy in terms of both basic calories and increased risk of injury and loss.

The intensity of actively working to increase benefits can be considered a measure of desire.

Decreasing behavioral investment can also be a way animals deal with the cost-benefit ratio.

Nature itself deploys many types of behavioral shutdown – sleep, hibernation, exhaustion – to decrease the behavioral expenditure.  Depression can emerge as a state of shutdown when we perceive a lack of opportunities for positive investment in a world full of threats.  A shift in mood occurs as the positive emotional investment system is toned down and the negative emotional system is jacked up.

Seeing depression as a behavioral shutdown explains why depression is more likely to be found in situations that are chronically dangerous or humiliating or that repeatedly result in failure to achieve one’s goals.  And it accounts for why depressed individuals often experience fatigue, focus on past losses, tend to discount future gains, have difficulty starting new activities, and experience problems with sleeping and eating.

It also explains, at least partially, the significant increases in the number of people who are getting depressed.

(1) Mismatch between modern lifestyles and those to which our brains are adapted
(2) Adverse life events that are hard to escape
(3) Individual differences in levels of negative emotion and negative emotional reactivity
(4) Problematic coping styles that drive individuals into the emotional bleakness of depressive “caves.”

Modern lifestyles are causing an emerging epidemic of depression.

There’s risk of an evolutionary mismatch between modern life and the environment our minds and bodies evolved to live in.

Most common pathway to a depressive shutdown:

What’s a Modern Human To Do?

Do not give in to the impulse to avoid and withdraw.  Depression is an evolutionary reaction to stress where you behaviorally shut down. Instead, orient yourself to do the right thing that will move you toward your valued way of being. This is “behavioral activation,” the single most scientifically validated principle for reversing cycles of depressive shutdown.