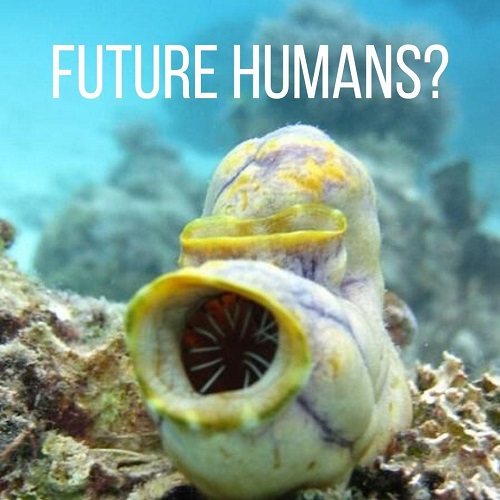 We need a brain because we need to move.

Our brains take in information from the world, combines it with our needs and wants and we produce movement as a result.

If you don’t move, you don’t really need a brain.

The sea squirt is an invertebrate that moves only until it finds a place to permanently affix its body.  Once this is accomplished, the structures involved in allowing it to move get consumed by its own body since they are no longer necessary in a fun-sounding process called “transneuronal degeneration.”

The less we move, the less healthy and developed our brains become.

We use it or lose it, as with most things biological.  Nature hates waste. Modern life can steadily turn us into a “human sea squirt” if we are not careful.

Move Less, Then Move Even Less

Riding mowers for small lawns, push-button this, instant that.  Those giant plastic “spoons” people use to pick up and throw a tennis ball for their dogs – thus removing the need to bend over to get the ball and to throw it. The examples go on and on. Self-driving cars are on the horizon so even when we are moving without moving our bodies, the small amount of physical effort and high amount of mental effort required to pay attention are being phased out – we won’t need our brains for yet another common activity.

The old saying “when all you have is a hammer, the entire world starts to look like a nail” comes to mind. But if the modern life makes nails obsolete, and when some nailing is needed, you hire someone or download an app to do it for you, pretty soon you don’t need your hammer, the muscles you use to hammer atrophy, and after enough time, you’d forget how to hammer.

Fitness Can Set You Free

Fitness is freedom. Freedom to move when and how you want to. To randomly get up and do something without having excessive worry or concern about the functioning of your body.

Fitness should bring you that feeling you had when you were a kid playing where you had no abstract concept of movement and you just did it. It felt good and you enjoyed it.  You were with friends at play in nature.

Every workout I do, whether indoors or outdoors, whether with a large group of people or alone, captures some of that feeling for me. I hope it does the same for you.  Because it makes it so much easier to “stick with it.”

I’m Stuck With It

I put that term “stick with it” in quotes because with fitness, to me it seems odd.  You never hear someone have trouble “sticking with it” when it comes to breathing or eating or wearing pants.  If an activity becomes part of who you are, “sticking with it” becomes an odd concept.

Don’t be a human sea squirt. Get – and stay – moving a little each day and occasionally make it hard enough to challenge yourself.  It’s the only way to keep your brain in tip-top shape.