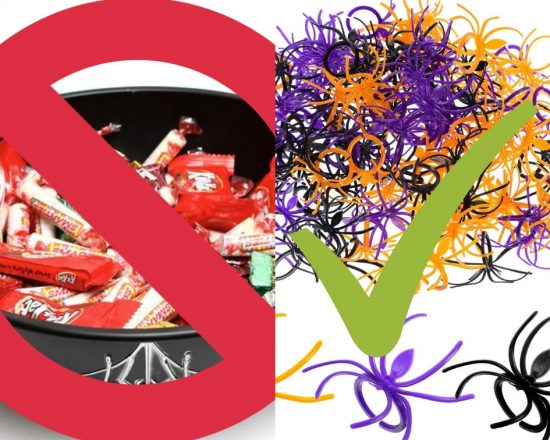 I love this time of year.  How could you not?  Crisp fall air, changing leaves, and Halloween on the way.  It’s the only time of year that it is acceptable to decorate with skulls and play heavy music!  It’s so much fun.

When I began my fitness career, I really struggled with Halloween.  It is kind of funny to me now, but I had some major concerns to reconcile.  I grew up in an obese household worshipping the candy aspect of Halloween.

Our culture is driven by junk food, sweets, and candy at every holiday, event, and happy or sad occasion.  Which means “treats” (an occasional indulgence) aren’t really treats any longer and there are almost daily opportunities to eat something unwise.

So for a few years, I was paralyzed by Halloween.  Losing my father to obesity at over 400 pounds and seeing my mother at just under 400 pounds at her heaviest made a real impression on me.  Our choices determine the body we live in – it is simply not mostly genetic. And it’s our day-to-day choices that matter the most.  Not what you do on any one given day.

The paralysis manifested itself by “skipping” Halloween and not handing out anything.  I kept the house dark and watched horror movies or I would go out.  But still I wanted to participate in the holiday.  I just needed a few years to figure it out.  Here are some tips to give out some candy and some cool stuff to take a step toward health instead of horror for the trick-or-treaters in your neighborhood.

Yes, these tips take a little more effort than simply buying massive bags of the worst candy.  But only a little more effort and it is worth it.  Children often learn bigger lessons from subtle, daily, seemingly small choices of the adults around them rather than the “big” lessons we try to overtly teach them.

Be creative in how you celebrate this fun holiday and you just might send the message that “fun” doesn’t always have to equal “fun size.”