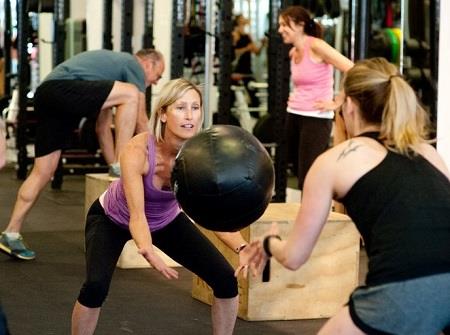 What’s the best type of exercise?

The answer depends on your goals.  If the focus is longevity, then a recent study presents some fascinating findings.

In a study that followed 8,577 people for up to 25 years, people who played tennis lived an average 9.7 years longer than people who do not exercise, compared to badminton (6.2 years), soccer (4.7 years), cycling (3.7 years), swimming (3.4 years), jogging (3.2 years), calisthenics (3.1 years), and health club activities (1.5 years). Those who exercised only occasionally were not included in the data.

How Long Doesn’t Matter as Much as We Think

Interestingly, longevity did not correlate with the amount of time spent exercising. Those who worked out in health clubs (treadmill, elliptical, stair-climber, stationary bikes, and weightlifting) averaged 2.5 hours per week, while the longest-living group, tennis players, played only 1.7 hours per week. Cyclists who averaged the most time exercising per week (6.4 hours) lived six years less than the tennis players.

This last finding is HUGE.  Especially since U.S. Government guidelines for physical activity still – erroneously in my opinion – quantify the recommended amounts of exercise as various totals of minutes per week.  As if the benefits of exercise are not available to you until you hit the targets.

These types of false boundaries create public misperception and an implication that 149 minutes seems to be of no use.  This is not the intent of the guidelines, but once you put down a number as “enough” then implicitly, less than that number is “not enough.”

The unintended effect is that unless you hit that magical 150 minutes of moderate physical activity in a week, then why bother?

What Is It About Tennis That Makes It So Much More Beneficial?

Here’s my take on this.  There’s nothing special about holding a fuzzy yellow ball that enhances longevity.

Tennis features reactivity in that there is a need to note the position and speed of the ball and opponent(s) and respond. But other activities in the study – such as soccer and badminton – have those as well.

Note that the sports in the study which correlated with higher longevity are the ones that feature interval training. And in tennis vs. badminton for example, the intervals are likely higher intensity because the amount of distance an athlete covers in general is greater.

Further, the social aspect of tennis is likely a significant factor. Built into the culture of tennis is social gathers for food or drink after league play and tennis clubs and country clubs abound around the world.

What Does this Mean for You?

A few years ago, I created the term “Fungevity” to describe your “longevity for fun,” or your “playspan.” The four elements above (reactivity, coordination, partner interactivity, and friendly competition) that are essential to enhance fungevity are also now apparently provide longevity benefits and are what the Funtensity approach to exercise is all about and this is by design. In a way, this study is so encouraging because although it is not studying people regularly doing Funtensity workouts directly, it shows that this style of physical activity which can be expressed in a wide variety of activities more highly correlates with longevity than traditional health club workouts – and that is the main take-away.