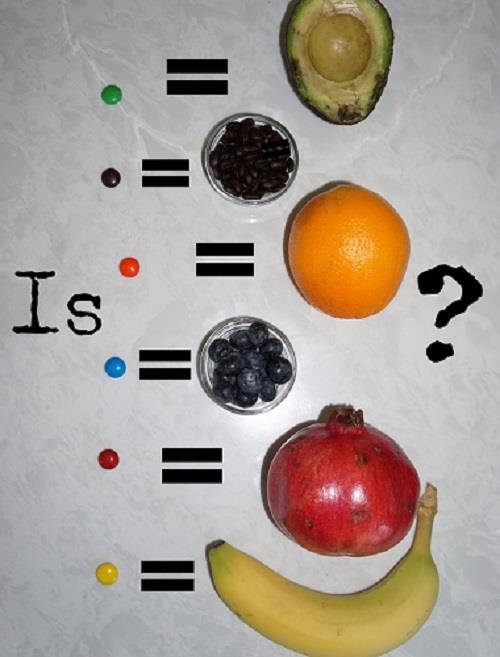 It’s time for a trip to the Reality Store. Lots of people running low these days.

First, let’s pick up some sugar.  A recent e-newsletter by Dr. Gabe Mirkin shared research showing how sugar causes obesity and cancer. The simplest way to share is to quote it directly.

A recent study on mice helps us understand how eating excess sugar can cause loss of protective T Helper cells (TH17 cells) to allow overgrowth of harmful bacteria that damage the linings of your gut and increase absorption of calories and fat when you don’t need them. Eliminating sugar from the mice’s high-fat diet protected them from developing obesity and metabolic syndrome. Human studies have also shown that excess sugar depletes TH17 from the gut lining, and that diabetes is associated with depletion of TH17 cells.

Nevertheless, there are many people who think the term ‘obesity’ itself creates more harm because it is (air quote) stigmatizing.  The growing numbers of well-meaning yet tragically misguided people also believe there is so much stigma (there’s their favorite word again) around food that the most significant factor in nutrition is when people feel bad for eating bad food.  These grievance junkies champion such facile folly as “food neutrality” which teaches that there are no such things as bad foods (Really? All foods create equal effects in our bodies?) and movements such as “health at any size” (Really? Even the size of the people on TV shows like “My 600-Pound Life” can be healthy?)

It seems we’ve stopped teaching “sticks and stones may break my bones, but names can never hurt me.”  Now it’s the opposite – we pretend that demonstrably unhealthy lifestyles are at best equivalent to healthy ones and at worst, we celebrate them.

Interestingly, when I was a kid, I would often notice people inside a restaurant we were entering tap their dining companions on the shoulder, point to my parents and often laugh or snicker.  I wasn’t thinking too much about the terms they were using (Were they calling my parents ‘fat, obese, plump’ or something else?)

Yes, words matter. But not that much.

My father died 27 years ago today as a direct result of his obesity and his lifestyle choices.  I did not whine that he was ‘fat-shamed’ a few weeks before he died when the doctor sent him to the airport to get weighed on a freight scale because he far exceeded the capacity of the scale at the doctor’s office.  (At the time, I was wondering how this wasn’t a huge wake-up call experience for him than I did about how offended we should be.)

Size doesn’t matter when you are 424 pounds. There is no size at which that much weight is healthy. If that bothers you, well, it’s a growth opportunity for you.  I lost my dad because I and the other people in his life failed to address the elephant in the room.  I don’t have the luxury of word play.

We can play word games, but nothing changes the fact is that obesity is harmful to health (we’ve got the data to prove it despite what the word might do to one’s feelings.) This truth just sits right there on the shelf at the Reality Store. And it is most sad to think of the loss of quality of life experienced by people with obesity.  Call it whatever you want, obesity will kill you sooner and rob you of your ability to have more experiences because it becomes a type of mental limitation when it affects the choices you make about the things you do.

When you’ve shopped at the Reality Store in life long enough, you learn to feel sad for the people caught up in burning up their lives in word battles rather than putting that much heat and energy to use doing something real and meaningful. Yes, we need to be more sensitive to people struggling with their health and do our very best to help them be healthier at their own pace when they are ready.

But to pretend that junk foods and health foods are not different, that ‘obesity’ only harms our emotions, and to celebrate unhealthy lifestyles causes real harm to people (not just “Twitter harm”) and diminishes their futures.

The Reality Store is always open and welcomes all customers. But you must be mentally ready to shop there or you will be stuck in fantasy land.